Martial Arts mindset from the greatest Samurai in Japanese History. 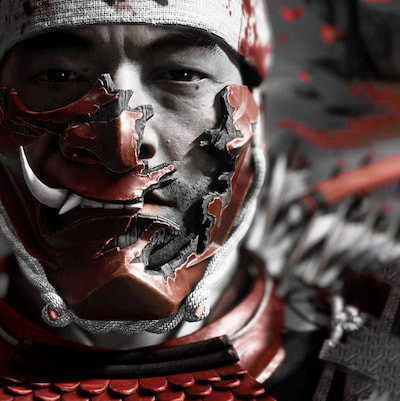 As you develop as a jiu-jitsu fighter, you will likely begin to look at the world in a slightly different way. Particularly for students who are new to martial arts, the study of jiu-jitsu may lead to a greater interest in exploring not only the techniques of the discipline, but also the philosophy that undergirds it.

Though jiu-jitsu was born in Brazil, its lineage can be traced back to judo and jujutsu. Both marital arts were developed East Asia, particularly in Japan. Judo was formally created in the late nineteenth century. Jujutsu, however, is a far older method of grappling that has developed over thousands of years and was one of the many types of self-defense that medieval samurai learned during their training. Roughly translating into English as “the gentle way,” jujutsu was similar to modern day jiu-jitsu because it did not rely on brute strength or agility, but on very specific techniques and efficiency of movement.

Many of the most accomplished jujutsu fighters and samurai of medieval Japan were also heavily influenced by Buddhism and the teachings of one of the most famous swordsmen in Japanese history, Miyamoto Musashi.

The Life of Miyamoto Musashi and the Dokkōdō

Miyamoto Musashi was a renaissance man in medieval Japan, noted for his abilities as a swordsman, sculptor, calligrapher, and Buddhist philosopher. Musashi’s reputation as a duelist is legendary, as he perfected a two-sword style and was never defeated even after more than 60 duels.

In his later years, he retired to a cave to write The Book of Five Rings and the Dokkōdō (“the path of aloneness”). The former book is still widely read today. The latter was a list of 21 precepts that he completed and gave to his favorite disciple just a week before he died.

These 21 precepts were as follows:

The Larger Philosophy of Miyamoto Musashi

At the heart of Musashi’s philosophy is an appreciation of the vastness of the universe and a recognition that the individual is insignificant in the greater scheme of things. As any one person is insignificant, it is consequently foolish to place significance on one’s existence, one’s possessions, or one’s desires. While this kind of who radical detachment may seem strange to many people in the West, Musashi’s teachings were in line with many other trends in Eastern thought, particularly in Taoism, Buddhism, and Hinduism, as the below video explains.

Like other veins of Eastern thought, Musashi’s philosophy was anti-materialistic and more intent on finding peace with the Way, which is best thought of as being a kind of river that surrounds us. As he says, “If you know the way broadly you will see it in everything.” Fans of the franchise Star Wars may recognize a resemblance to the idea of the Force in this description. One major difference is that samurai are not like jedi; they cannot harness the power of the Way. All people and things merely play a passive role in affecting it, kind of the same way that a rock in a river might affect its flow.

Despite being very difficult to fully accept or even partially follow, Musashi’s philosophy is important to practitioners of martial arts because it teaches you to not be ruled by your emotions or driven by your desires. Put into practice, it teaches you to accept when you have been bested, which will happen, and to recognize that there is always a lesson in defeat.

For students of jiu-jitsu, Musashi’s philosophy of sublime indifference is a master’s course in ego management, which is one of the most difficult skills to acquire during your jiu-jitsu training. Even black belts with decades of experience may get upset if they lose a match. They may find themselves feeling jealous of another’s success, afraid of failure, afraid of not living up to another’s standard, or regretful due to a mistake while on the mat. In other words, Musashi’s path is not easy to traverse and even the most dedicated practitioners will stumble but trying to follow it will almost certainly help you on your jiu-jitsu journey.