One of the skills that gets developed as you practice any martial art, particularly jiu-jitsu, is self-control. To outside observers, this may seem strange. They see martial arts as a glamorization of fighting. They may even believe that a martial art like jiu-jitsu is nothing more than a street brawl set in a controlled environment.

This could not be further from the truth. Whether one is learning sport jiu-jitsu or the kind of jiu-jitsu that places an emphasis on preparing students for a street fight, instructors teach that the best outcome for an altercation off the mat is not victory; it is nonviolent resolution. Furthermore, they teach students that using their jiu-jitsu training only becomes a viable option when resolution is no longer possible. Even then, the goal is to neutralize your opponent in such a way so that everyone walks away without major injury. 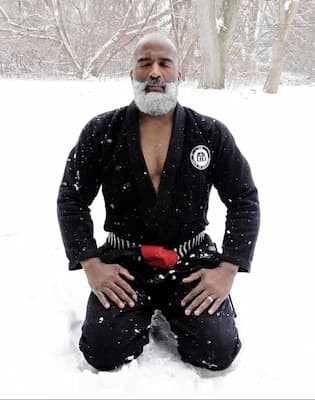 There are innumerable reasons why someone may end up in a physical altercation, but at the heart of most street fights one will find either deep-seeded insecurities and a wounded ego. When one cannot address these insecurities, one cannot heal their ego. When one does not heal their ego and find peace within themselves, they will never have mastery over their emotions or their actions. Maintaining self-control becomes a constant war.

This has been one of the messages of Jason Wilson, the founder of the faith-based non-profit organization called The Yunion and head instructor of the Cave of Adullam Transformational Training Academy (CATTA) in Detroit, Michigan. Jason has trained in martial arts for more than 22 years and has been mentoring boys and young men in the practice since 2007. He is also an accomplished author, most recently of Battle Cry: Waging and Winning the War Within.

Winning the War Within

The short video below is an introduction to Jason’s philosophy. “No war is ever won without a fight,” he says, “and the real fight starts before you form your fist, before you fire the bullets, before you speak the words.” You need to learn to process what you’re feeling “before the negative thoughts become toxic actions.” This means confronting not others, but oneself.

While Jason’s approach is unique because it draws a great deal of inspiration from Biblical sources and is primarily concerned with helping young men, his core teachings align with Gracie Jiu-Jitsu because he recognizes that people who are comfortable with themselves do not set out to prove something. They do not need to compare themselves to others, let alone diminish someone in order to make themselves feel better. They don’t go out looking for fights or jump at the opportunity to fight at any perceived insult or slight. They recognize that the best form of self-defense is nonviolent resolution, and following this path often takes not only a great deal of will power, but also courage.

As Jason observes, “The hardest thing for a man to do is to deal with himself, to confront his own emotional pain and trauma so that he can stop inflicting it on others and even himself.” He continues, “But if you keep running from yourself, you will never find the peace you desire.”

Learning any martial art requires a lot of time and patience, and black belts often spend decades developing their technique. Along the way, they not only learn the foundational and advanced moves that make up jiu-jitsu. They also learn humility. They learn to lose. They learn to cope with negative thoughts when they don’t get their way, and to use defeat as a tool for self-improvement.

This is not an easy lesson to learn, but it is one that Jason uses to teach boys and young men discipline and self-mastery. As he tells his students, no one will ever be able to master themselves until they have won their inner wars. “Face your fears and fight the right fight.”